While most people know what credit scores and credit reports are, at least generally, a very small number of people actually know the intricacies of the factors that make your credit records. Even fewer know the following facts about their credit score.

We have as many as a thousand different credit scores

Using the term credit score, is more of a misuse of the word, as the impression it gives that each one of us has a singular (one) score that controls our financial life. There are in fact more than one hundred types of credit scores that are in use and each one is determined by a slightly different method. This can be justified by the fact that free credit scores from different providers might actually differ. Due to this reason, knowing your score based upon a particular model may not provide you with the most perfect idea of whether your credit card or loan might be approved.

Credit Scores are only as accurate as your credit reports

Although, it might seem like credit scores are determined out of thin air, they all share a common element; our credit reports. While it may seem somewhat reassuring that we too have access to our reports through the government’s free annual credit report program, it is also a little troubling that even the slightest inaccuracy in drafting the reports could impact our scores and so, our finances. A study by the Federal Trade Commission had actually indicated that twenty percent of consumers had an error on their major credit reports and five percent of the consumers had inaccuracy that could have resulted in an inflated loan or insurance costs.

No credit might increase your car insurance in a puzzling manner

It is not much of a surprise that credit scores impact the cost of car insurance, however, it is surprising that they do it in a rather confusing way.

According to a study conducted by WalletHub, an average person with no credit history pays around 49 percent higher premium as compared to some with an excellent credit. However, this correlation differs across states and insurance providers.

Moreover, premiums differ by a sum of up to 115 percent for Michigan drivers, as compared to only a 15 percent for the drivers of Connecticut.

Quite a few of us remain under the impression that taking out a consolidation loan and later shutting down a credit card with high interests can actually restore their credit score. However, this strategy might actually damage your credit score and only help you save some on the interest costs. It is to be noted, the length of time that you successfully manage your credit accounts play an important part in your score. The longer the account is managed, the better it is for your credit score.

No one needs a perfect score

It is universally agreed that having a perfect score of 900 is extremely difficult. However, the idea that one must have a perfect 900 credit score is merely a myth. You do not have to have the highest credit rating in order to qualify for the absolute minimal borrowing rates. It has been noted that a credit score of 810 could qualify you for the same interest rates as the 900.

You can also follow us on Social Media platform.

Loans, auto, credit and debt consolidation solutions for Canadians of any credit. 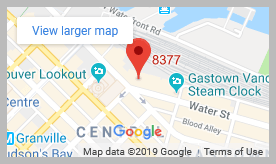 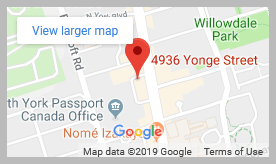 Loans taken through referrals of Canadiancashsolutions will be subject to credit and underwriting approvals. Canadiancashsolutions is a leading mentor company and not a lender. Canadiancashsolutions only works with financial service providers that adhere to Canadian laws and regulations. Loans disbursed are from $500-$35,000 with terms from 4 months to 60 months or longer. APRs expand from 2.99% to 46.96% and will depend on our lending partner's assessment and evaluation of your credit profile. For instance, on a $500 loan amount to be paid over a period of 9 months, a borrower will pay $81.15 per month totalling $730.35 over a period of 9 months (Optional loan protection policy included). An insufficient fund fee of $45 will be charged per missing payment ( fee may vary depending on the lender). Failure of any sort shall lead to termination of the payment plan. For recovery of the remaining amount, collection methods will be used.
Fair recovery and collection practices are employed by our partners.